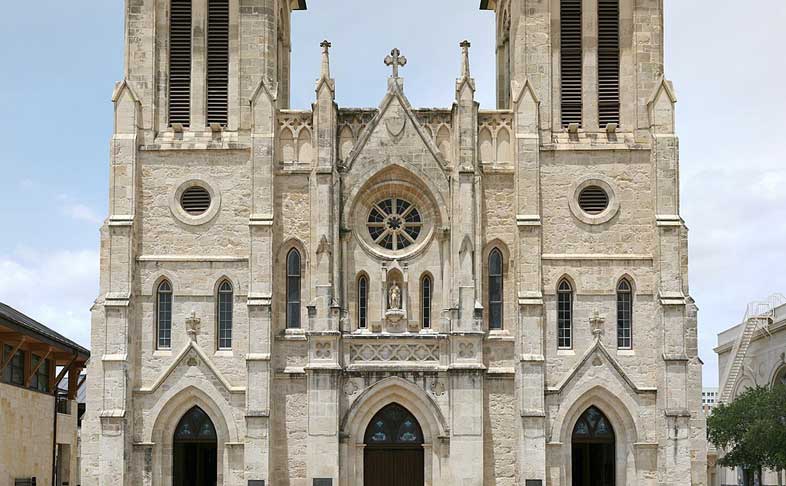 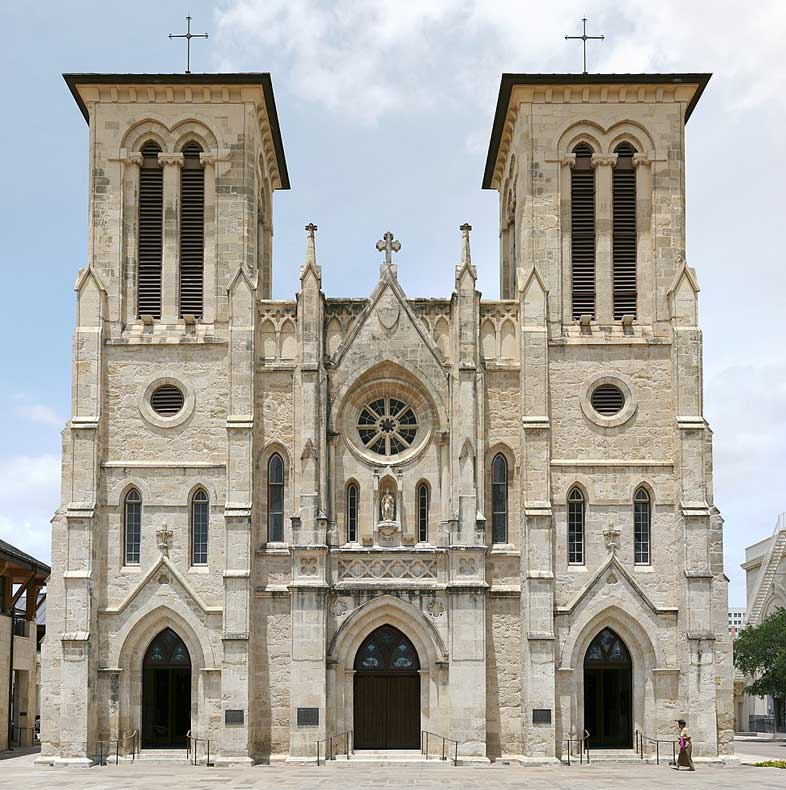 It is the mother church of the Archdiocese of San Antonio and the seat of its archbishop. Its dome serves as the city of San Antonio’s cultural and geographical center. The cathedral is also known as the Church of Nuestra Señora de la Candelaria y Guadalupe and is listed on the National Register of Historic Places. It is notable as one of the oldest cathedrals in the United States. 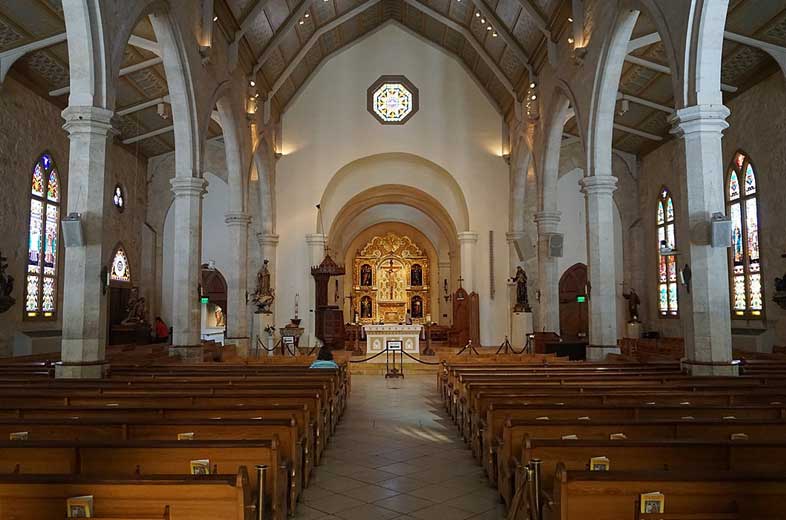 San Fernando Cathedral, San Antonio has always been at the center of San Antonio. It is a special place that occupies a unique role in this city and the many visitors who come by the thousands every year.

San Fernando Cathedral, San Antonio was founded on March 9, 1731 by a group of 15 families who came from the Canary Islands at the invitation of King Phillip V of Spain and is the oldest, continuously functioning religious community in the State of Texas. This church was planned to be at the center of life in this city. The Cathedral building has the added distinction of being the oldest standing church building in Texas, and for all of its more than 281 years, has been serving the people of the Archdiocese and San Antonio.

For almost 95 years, San Fernando served as the church for all of the religious denominations of San Antonio as the Catholic Church was the only recognized religion of the Spanish and Mexican governments prior to Texas’ independence. San Fernando has become more than the geographic centre; it has become an ecumenical, cultural, civic, and service centre of unity and harmony for all the God-loving people of San Antonio and beyond.

San Fernando Cathedral, San Antonio serves as a refuge for many of the poor in this area who come for help and trust their needs will be met. As the first church in the city, San Fernando has a rich history of responding to the people’s needs in and around the church. Over 5,000 participate at weekend Masses each week of the year. Over 900 baptisms, 100 weddings, 100 funerals, and countless other services are performed each year.

Symphonies, concerts, and television specials are but a few of the special events held in the cathedral regularly. Hundreds of people enter the church daily to pray, visit, light a candle, or follow various devotional traditions. Tour buses arrive constantly. Each person is a part of the story of this magnificent place and a tribute to its enduring presence as the spiritual center of San Antonio – truly the heart of San Antonio! 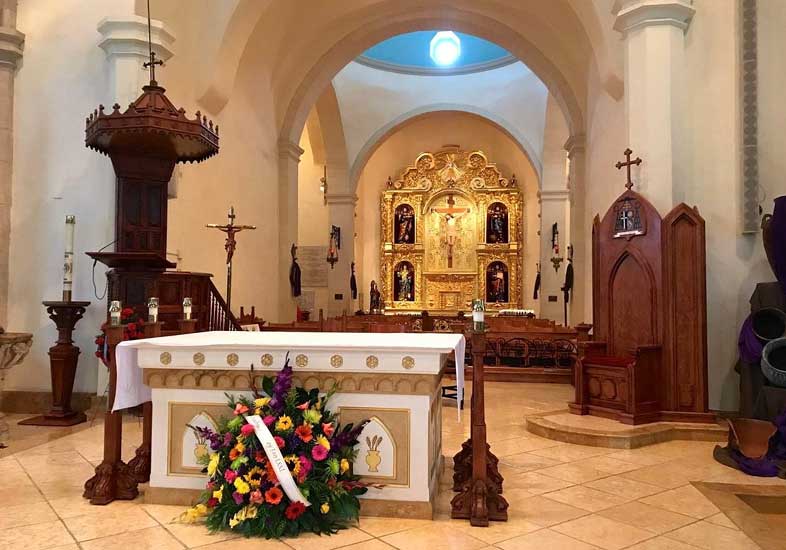 The original San Fernando Cathedral, San Antonio was built between 1738 and 1750. The walls of that church today form the sanctuary of the cathedral, which gives rise to its claim as the oldest cathedral in the State of Texas. The church was named for Ferdinand III of Castile, who ruled in the 13th century.

The baptismal font, believed to be a gift from Charles III, who became King of Spain from 1759, is the oldest piece of liturgical furnishing in the cathedral. The cathedral was built by settlers from the Canary Islands; for this reason the interior is an image of the Virgin of Candelaria, the patroness of the Canary Islands.

In 1836, the cathedral, still a parish church, played a role in the Battle of the Alamo when Mexican General Antonio López de Santa Anna hoisted a flag of “no quarter” from the church’s tower, marking the beginning of the siege.

The ashes of the heroes that died defending the Alamo on March 6, 1836, are interred here.

In 1868, under the direction of architect Francois P. Giraud, the cathedral was considerably enlarged in the Gothic style, the addition forming the existing nave. The carved stone Stations of the Cross were added in 1874. The striking stained glass windows were added in 1920.

On September 13, 1987, Pope John Paul II visited the cathedral during the only papal visit to Texas. A marker commemorates the event. 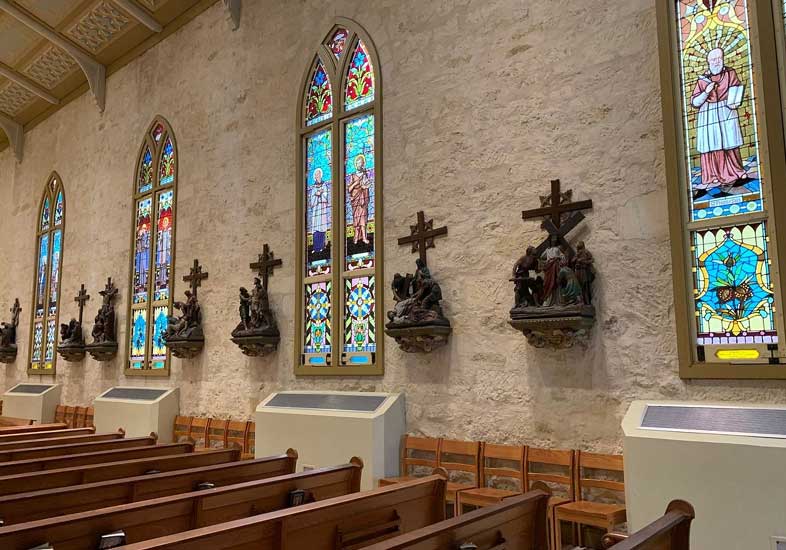 In 2003, a $15 million renovation project was undertaken which involved three phases:

Phase One – restoration and stabilization of the cathedral foundation and structure and its enhancement for liturgy and other events. The altar was moved closer to the center of the church to enhance the experience for Mass and the baptismal font was relocated from the back of the church into the main aisle.

Phase Three – construction of a community centre to house community and social services, meeting rooms, a hall, church offices, and a residence for the priests.

The 2003 renovation was supervised by Father Richard S. Vosko, a liturgical design consultant and priest of the Diocese of Albany who has overseen the redesign and renovation of numerous churches and cathedrals around the country. 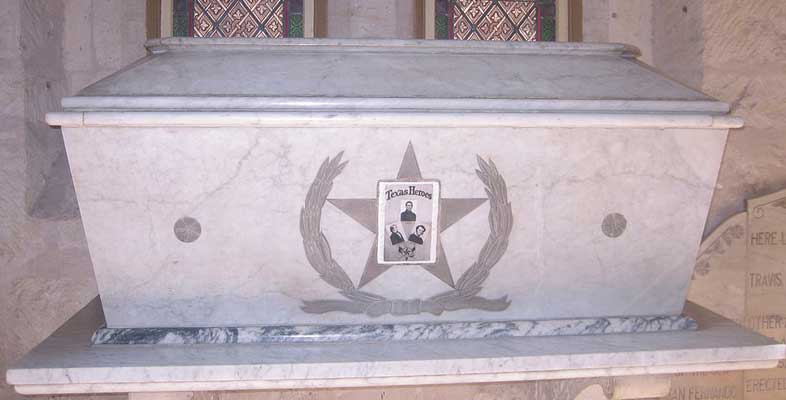 San Fernando Cathedral, San Antonio remains at the heart of Catholic religious life of San Antonio, and this includes involvement in annual events such as the Fiesta Week. Over 5,000 participate at weekend Masses each week of the year. Over 900 baptisms, 100 weddings, 100 funerals, and countless other services and special events are performed each year, most notably in the staging of the Good Friday Passion Play, which attracts thousands of visitors. 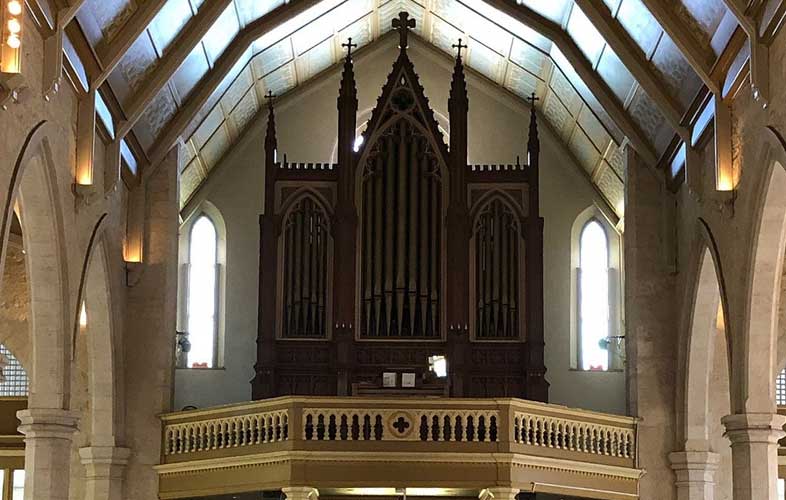 In 2011, Archbishop Gustavo García-Siller broke from the design envisioned for the cathedral restoration and reversed some prior alterations, unveiling a new altar permanently affixed to the floor closer to the sanctuary; a new traditional bishop’s chair or cathedra; relocating the baptismal font from the back of the church back to the front next to the lectern; and installing a new railing behind the altar to section off the sanctuary to prevent people visiting the retablo from straying onto the altar.

Donations from parishioners and outside donors in the amount of $150,000 funded the 2011 project. As part of the dedication, the archbishop placed three relics in the altar.

Two are relics of St. Anthony of Padua, a Doctor of the Church and the patron saint of San Antonio; and a third relic is of Venerable Concepcion Cabrera de Armida, also known as Conchita, who inspired the formation of the Missionaries of the Holy Spirit (Archbishop Garcia-Siller was ordained a priest to the Missionaries of the Holy Spirit in 1984) as well as 16 other spirituality inspired Catholic organizations. 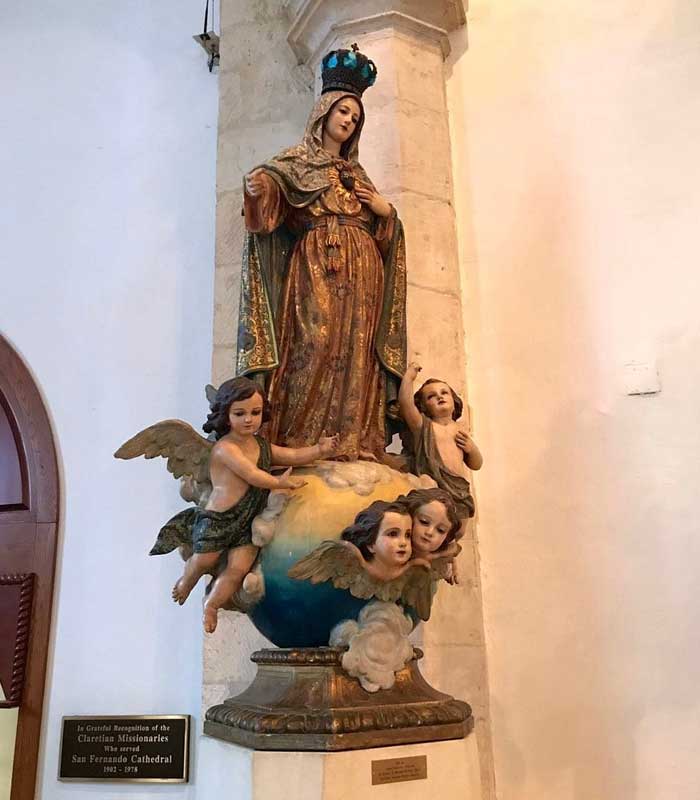 Annual Feast Day of San Fernando, or Saint Ferdinand is held on 30th May.

It was 20+ years ago that Fr. Virgil Elizondo called a group of health professionals together to plan the first Health and Safety Fair. We are very happy to be able to continue providing you with health screenings, information and follow­ up referrals to health service providers.

We could not offer these services without the participation of more than 400 dedicated volunteers. These doctors, nurses, health specialists, community volunteers, and students generously offer their time, medical skills and experience to provide today’s services.

As Archbishop Patrick Flores often said, “you don’t buy your health, you preserve it.” The Fair is set up to help you “preserve” your health by providing screenings for many different illnesses from diabetes to cancer.

Early detection of a serious illness can mean the difference in saving your life.

San Antonio International Airport in San Antonio, Texas, it is in Uptown Central San Antonio, about 8 miles north of Downtown is the nearby Airport to the Cathedral.