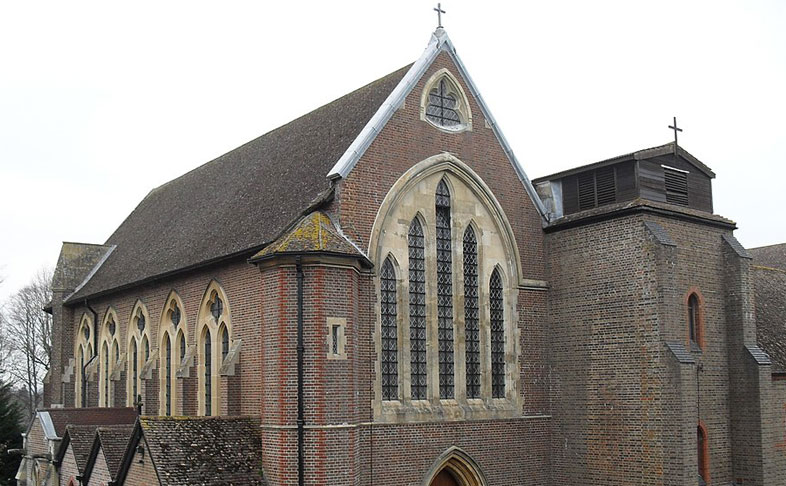 Our Lady of England Church, Storrington 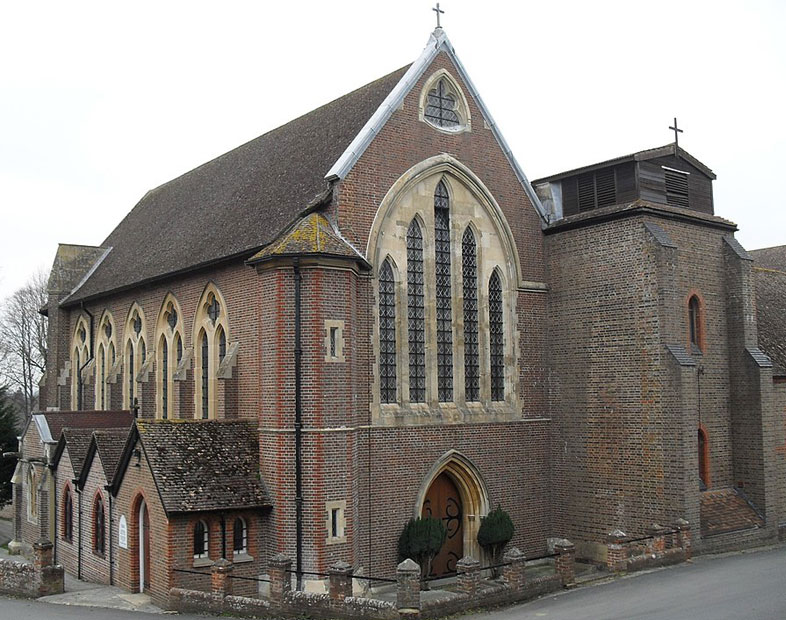 Our Lady of England Priory in Storrington, West Sussex, England is the former home of Roman Catholic priests belonging to a Community of Canons Regular of Prémontré, (or ‘Premonstratensians’) after the place where they were founded in France in 1121. The priests are also known as Norbertines after Norbert of Xanten, the Founder of the order. Because of their white habits, another name for members of the Order is White Canons. The priests follow the Rule of St Augustine.

The land the Priory is built on was granted by Henry Fitzalan-Howard, 15th Duke of Norfolk, and the foundation stone of the Priory Church was laid in 1902 by Cardinal Bourne, Archbishop of Southwark. The Church houses the Shrine to Our Lady of England, the shrine statue being the work of the Austrian sculptor Ferdinand Stueflesser.

The poet Francis Thompson stayed at the Priory after being brought there by Wilfrid and Alice Meynell to recover from opium addiction. He wrote the poem To Daisy during his stay. Also, Hilaire Belloc wrote the poem On Courtesy on 17 May 1908 after visiting the Priory.

The first Prior of Storrington Priory was a French White Canon, Father Xavier de Fourvière (born Albert Rieux in 1853 in the Provençal village of Robion (better known today as “Peter Mayle country”). He was one of many French priests exiled from France in the early 1900s – he arrived to settle there in 1903 – following the aggressive acts of separation of Church and State by the French government.

Xavier de Fourvière was a renowned writer, poet and charismatic preacher, a member of Frédéric Mistral’s famous “Félibrige” movement for the Provençal language. He preached often at the church of Our Lady of France, Leicester Square, London where he was taken ill in May 1912, returned to Provence (hoping the sun would secure his restoration) but he died in October 1912 and is buried in his birthplace, Robion.

The Chemin Neuf Community uses the buildings, still owned by the Church and licensed to the community by the Order who left them after over 130 years in the early 2010s.

History of Our Lady of England Church, Storrington 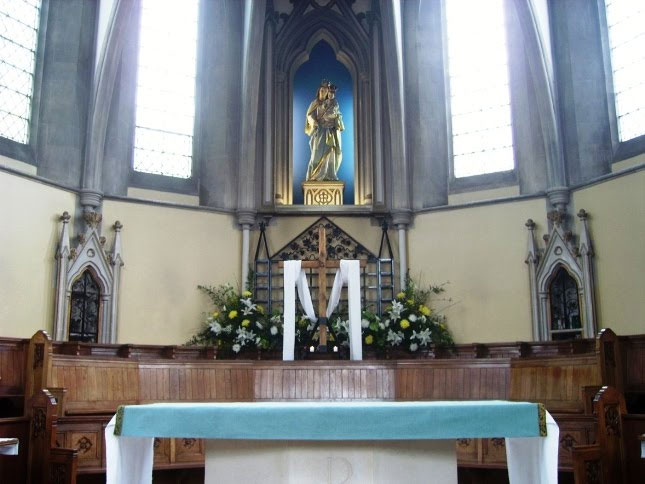 A Premonstratensian priory was opened in 1888 by community of Canons who came over from France in 1882. The foundation stone of the present church, designed by Edward Goldie, was laid in 1902 and the church was opened in 1904, at a cost of c£6,000. A brick church with stone dressings. A north west tower stands forward of the church and was never completed, having a temporary bell stage.

The broad nave has five stepped lancets under a single arch to the west and closely spaced 2-light plate traceried clerestorey windows to the north and south. Polygonal chancel with lancet windows. A north chapel and north porch are now linked by a two-bay addition in a somewhat demeaning gothic. Light and spacious interior with the monks’ stalls arranged around the apse. Simple fittings probably by Goldie. Painted triptych 1959 by David O’Connell (1895-1976), hanging on the nave north wall. Cloister to the south and two principle monastic ranges on the west and south sides.

In Sussex he also designed St George’s Retreat in Burgess Hill (1905-6) and the Priory of Our Lady of Good Counsel at Haywards Heath (1890-7) as well as the priory at Storrington (1904) and St John the Evangelist, Horsham (1919-23). Edward in turn took his son Joseph into partnership and Joseph continued the practice after his father’s death in 1921. The firm continued as Edward Goldie & Son until it was wound up in 1953. 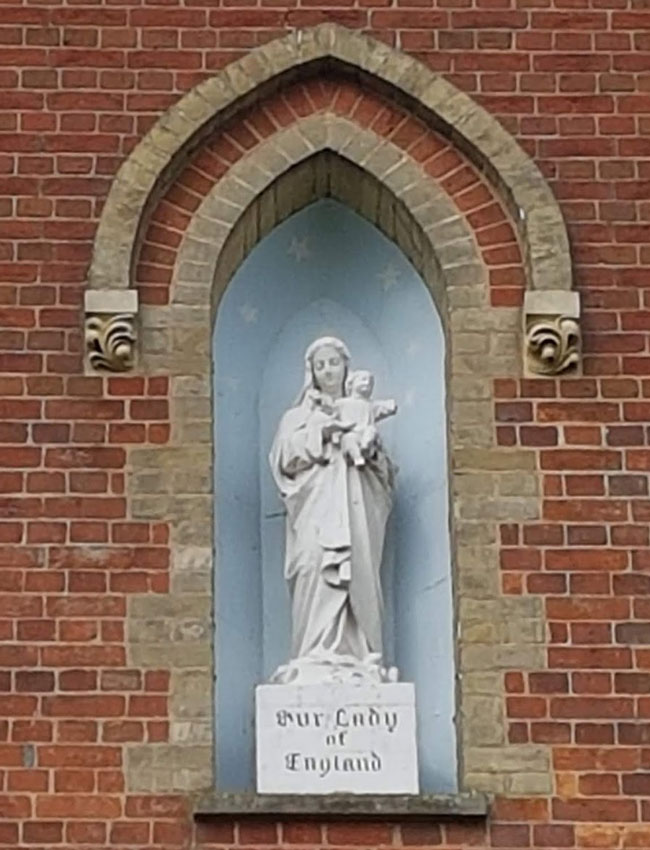 Pulborough Railway Station at West Sussex village of Pulborough is the nearby train station to the Church.